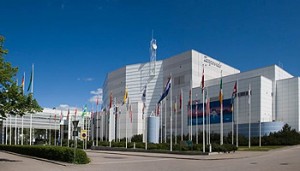 Tampere Hall is a congress and concert centre located in the city centre of Tampere, Finland. The building is a venue for congresses, fairs and concerts, it hosts a restaurant, a café and cultural facilities for theatre, exhibitions. It was built in 1990 and is since then the largest congress centre in northern Europe with over 28.000 m2.

Total measured heat energy consumption in 2013 was 3050 MWh (heating 2930 MWh and warm water 130 MWh). Since the buildings has been a subject of a number of technical changes in 2013-2014 as well as changes in the building´s use are planned then a new baseline for energy use has been evaluated to correctly estimate the energy use before measures as well as saving potential of the current action package.  According to the baseline the specific energy use before measures is about 176 kWh/m2 per year (including tenants’ electricity).

In Step 1 a profitable action package with total 15 measures was identified. Due to building owner’s and users’ business targets and financial reality it is not possible to close the whole building at once for a renovation and therefore the package was divided into several parts that will be implemented during following years. The first part of the renovation was finished in spring 2016 and the results were measured until the end of 2016.

The first part of the action package provided energy savings of 170 MWh/year. After implementing the remaining measures and completing the action package the total energy consumption of the building is estimated to decrease up to 23% the savings being 142 kWh/m2with internal rate of return of 8,6%.

Read more about the outcomes of Step 2 and 3 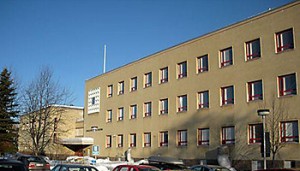 The building was erected in 1934 as a public school in the centre of Oulu. The southern part of the building is three floors high and has a cellar half-way underground, the northern side is two floors high and has no cellar; they are connected through the main entrance and staircase in the middle of the building. The southern side was enlarged shortly after construction and a canteen was built at its southern end in 1952. Measured existing energy use before renovation was 211 kWh/m² per year (excluding tenant´s electricity).

Step 1 of the Total Concept method has been completed for this building, but the renovation work (Step 2) has not started yet, because the building owner does not want to renovate the building before they know who’ll be the future user of this property. The whole calculated action package in Step 1 included 8 measures, but only 6 of them were found to fulfil the owner’s profitability requirement of 7%.